One day I was dropping off my son at a birthday part and I decided to make an aggressive exit out of the parking lot and my car didn't go anywhere.  I was able to nurse the mustang home.  I wasn't terribly upset because the transmission is one of the few things that I had not touched and to be honest I was pretty nervous about it.

So after some research and discussion about transmission options (AOD, t5, toploader, C4) I decided I would rebuild the C4.  My reason for this was simple.  It seemed to be the lowest cost solution to my problem. 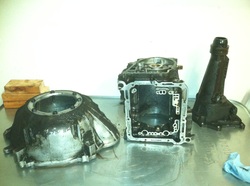 The first thing I did was lots of reading and I came across a site called Bad Shoe Productions.  The owner of this site is a Ford Mechanic and offers dvds on how-to projects including the C4.  I wasn't sure what year transmission I had so I ponied up the cash and bought both dvds for the c4 rebuild.  I must say these are EXCELLENT!  after reviewing these dvds I am convinced that anyone with any mechanical experience will be able to successfully rebuild a C4 transmission.  Now that I am done the rebuild I can say this decision really was the right choice.  If your considering this project, get these dvds.   http://www.badshoeproductions.com/
I'm not going to get into to much of the details on how to rebuild the C4.  I'll give a general outline of the process but for the details I can't do a better job than Bad Shoe.  So I'll leave it at that.

After picking up the dvds and preparing for the big project I picked up a few other things.  I bought a rebuild kit that included a shift kit.  A external oil cooler for transmissions.  Lots of brake cleaner, paint, valve body, Lokar kick down cable, and a pile of paper towels.

I got down to work after getting all my parts up.  Putting my car up on the ramps and wheel blocks I had lots of clearance.  Removed the trans lines, the drive shaft, shift linkage, and exhaust.  Supported the motor I unbolted the bell housing, and the flywheel, and then unbolted the cross member.  With a extra set of hands I dropped the transmission.  The mistake that I made was not draining the fluid first.  This caused a good sized mess.  Good thing I had lots of cat litter on hand.

First came a good cleaning.  As I took apart the transmission I cleaned everything up being careful to place things in a proper order.  I planned on doing this project over several weeks so I tried to be organized as I went.

Painting and cleaning as I went made the project so much more enjoyable.  At one time I really wasn't sure I would get the transmission back together and I had the garage to stop in.  When the neighbors saw the door was open they were sure to pop in to see how progress was going.  During this project I learned that the my transmission is a later C4 which is the bigger beefier model and that it was long due for a rebuild. 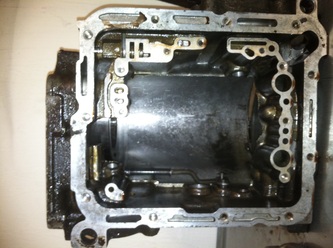 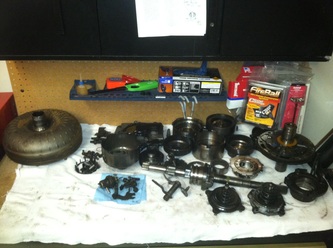 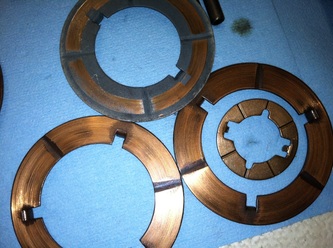 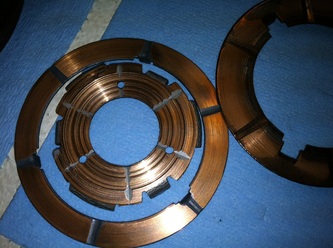 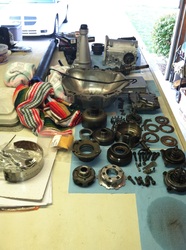 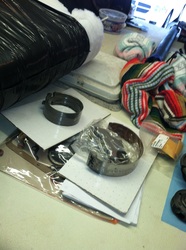 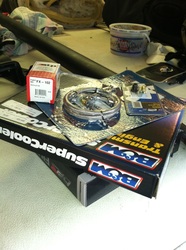 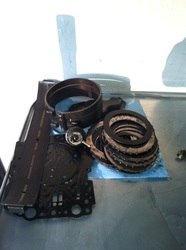 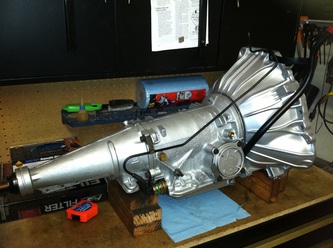 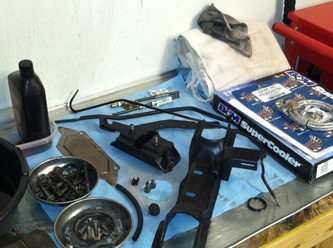 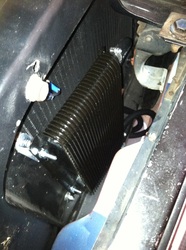 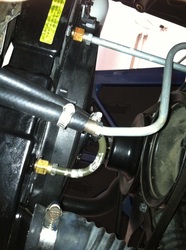 As you can see from the pictures this isn't a small project but its very very do-able by the do-it-yourselfer.  With this project I took the opportunity to upgrade the shift kit.  In my kit there are three options.  1-towing, 2-strip, 3-track.  I went with the lowest option which is the towing option.  I like it.  You know its there and shifts sharply.  When I hammer the gas I can chirp the tires shifting into second.  Nice!

This was one of those projects were everything went the way it should and the results are great.  The car is so much better to drive now than before.  Even my wife is pleased with this project.  I still have to install the kick down cable but the car shifts so well now that I am not in a hurry.  I will get it done this winter.

Totaling this all up, I figure I spent about $550 on this (+/-).  I bought the rebuild kit, valve body, cooler, and kick down from Summit.  Add the Bad Shoe Dvds and the odds and ends from the local part shop.  I did this project over the course of about 5 weeks on the weekends and when I had time in the evenings.  Taking my time and making time for beer and the neighbors.  I did need a extra hand pulling the transmission and installing it.  The rest was all me.  I think I could have manage all of it but the extra hands made this project much easier.